While engrossed in the first phase of my autumn yard cleanup today, I was surprised by the sudden appearance of a ‘volunteer’ new container species. Although I had previously seen it on the property recently, this was the first time it has seeded itself in this particular location. 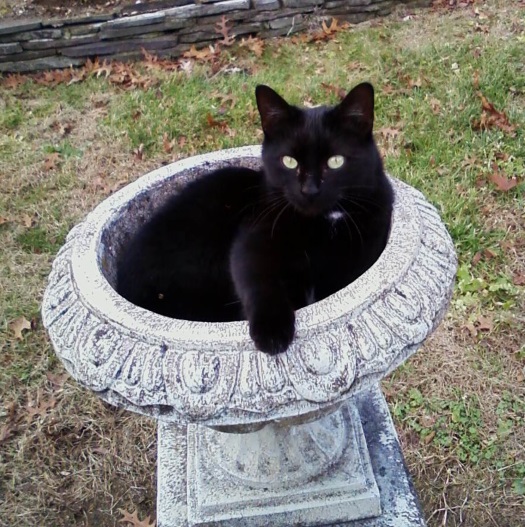 I immediately recognized it as Felinus sheldonii var. potsittia (for an explanation of the species name, see the middle section of this post), first spotted in this general habitat about three years ago. No noticeable growth has been made since that time, which leads me to conclude that this variety has already reached its mature height – which is not much larger than a sapling.

Obviously this species is self-cleaning. 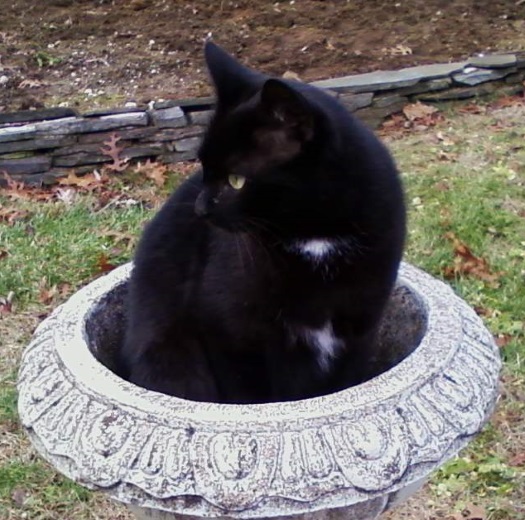 The dark foliage is enlivened with just a touch or two of clean white variegation. Notice how it has rooted itself in the one container that provides the maximum dramatic contrast.

the fastigiate habit, according to prevailing environmental conditions at any given moment. This can often make transplanting (sometimes also called “herding”, especially if several are being addressed at once) rather a challenge at times.

Authorities differ on how often this genus should be fed; this is further complicated by the fact that some varieties are gross feeders while others can only be (charitably) described as “finicky.” Owners often report numerous trials of myriad different formulas that result only in frustration when their examples fail to respond. I have experimented with this particular variety on occasion and discovered that despite its small size this one definitely falls into the “gross feeder” category — so much so, in fact, that I am seriously considering giving it the cultivar name ‘Moocher’! 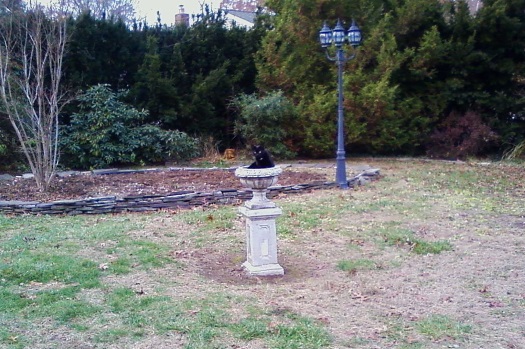 Although often ephemeral — I can never predict when it will pop up next — it certainly cannot be denied that this very unusual container species adds a unique touch to the suburban landscape….especially when acting as a focal point to draw attention away from less-desirable aspects such as the ever-increasing expanses of (now thankfully dead) crabgrass.  🙂